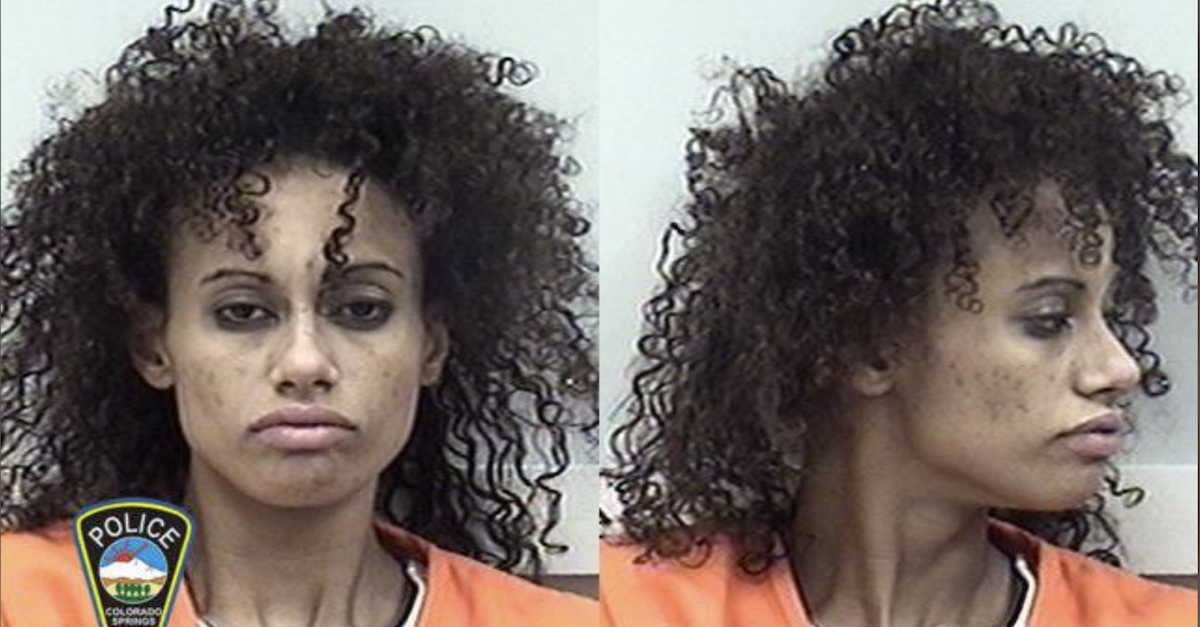 A Colorado woman suspected of helping run an illegal daycare where police discovered 26 toddlers hidden in a basement behind a false wall was captured after several months on the run. Katelynne Nelson, 33, a former employee at Play Mountain Place Daycare, was taken into custody earlier this month and will make her first turn up in court since skipping out on her jury trial last summer, court records reviewed by Law&Crime show.

Nelson on Feb. 4 was arrested on a slew of charges unrelated to her alleged work at Play Mountain Place, including attempting to influence and public official, criminal impersonation, and possession of a controlled substance and paraphernalia, according to a report from Colorado Springs ABC affiliate KRDO-TV.

At the time of her apprehension, the defendant was also reportedly unprotected to an open warrant on 26 counts of misdemeanor child abuse and drug possession stemming from her Play Mountain arrest. The defendant also faced three additional warrants for alleged failures to appear in situations involving the obstruction of a peace officer, failing to report an accident, leaving the scene of an accident, and speeding.

Arrest records from the El Paso County Sheriff’s Office show that Nelson is currently being held on $16,000 bond.

Two of her past colleagues at the daycare facility are already serving time behind bars.

A Colorado Springs jury in August 2021 found the owner the of the daycare operation, Carla Faith, guilty on 26 counts of misdemeanor child abuse, operating a child care facility without a license, and attempting to influence a public servant. In October of that year, a estimate  sentenced her to the maximum six years in prison, Law&Crime before reported. Another former employee, Christina Swauger, was convicted on the same charges as Faith; a estimate in November handed down a sentence of two and a half years in prison in Swauger’s case.

Former Faith employee Valerie Fresquez, who testified that she often cared for seven to nine children on her own, took a plea deal that required her to testify against her former colleagues in exchange for the charges against her being dismissed.

Nelson was scheduled to be tried alongside Faith and Swauger in August, but when the trial date, the authorities say she never appeared and instead went on the run from law enforcement.

Officers with the Colorado Springs Police Department on Nov. 13, 2019 assisted child welfare inspectors in performing a check on Faith’s at-home daycare. Body camera video from the police inspection reportedly showed Faith lying to investigators. She at first said that she was not taking care of any children but then asserted they were at a park. After officers found backpacks under blankets, Faith claimed she was cleaning the items for a local soccer team. Investigators spotted “two similar scrape marks on the wooden floor” leading away from a wall and a “small seam” where a false wall had been placed.

After pulling the false wall away, police found a stairwell leading to a basement where 25 children were being housed. Many were reportedly crying and had soiled themselves. Nelson, who was reportedly behind the false wall with the children, was also charged with felony drug possession after police reportedly said her backpack contained three syringes and two plastic baggies that tested positive for methamphetamine.

Per KRDO, Nelson in 2011 was convicted on charges of felony identity theft and felony forgery.

Have a tip we should know? [email protected]